According to locals and most of our visitors, Saariselkä’s cross-country skiing tracks are the best in the world. The track maintenance works like a well oiled machine and every skier can experience the joy of skiing on tracks suitable for their own skill level. We open the tracks when nature is ready and the weather permits, we do not use preserved snow or make snow until it is certain that the frost will continue steadily. Saariselkä is very much snow-proof and there is enough snow until the beginning of May! Many people don’t know that in April we have the best weather and tracks. Come and enjoy the kilometers of leisurely skiing or seek a training challenge in the embrace of our fells.

It is possible to ski freestyle on the trails that are groomed on natural snow. The trail is really packed and hard, but it is not possible to groom them again before the next snowfall.

Walking and cycling is not allowed on the maintained ski trails.

Saariselka is preparing for the coming of winter with enthusiasm. The ski season traditionally starts with a cannon snow track and natural snow. Saariselka does not store snow, because we want to act in accordance with nature’s annual natural cycle.

Making the first snow track starts as soon as the temperature drops permanently below zero. Patience is a virtue in this work as well, in order to build a foundation for the whole winter. The track is made with cannon snow, and successful cannoning requires a longer period of frost. It does not make sense to make snow with zero temperatures, because the track base melts and does not stay in its shape under the paver. In addition, this consumes electricity unnecessarily.

First snow track is easy to find, as it runs along the edge of Saariselkä village all the way to Laanila village.

The priming of natural snow tracks starts when there is enough snow. It is difficult to estimate the sufficient amount because, as all skiers know, there are differences in the snow quality. The quality and quantity of snow together ensure that the track surface is durable.

The maintenance schedule for the season in general:

As soon as the snow conditions permit, the following tracks will be opened 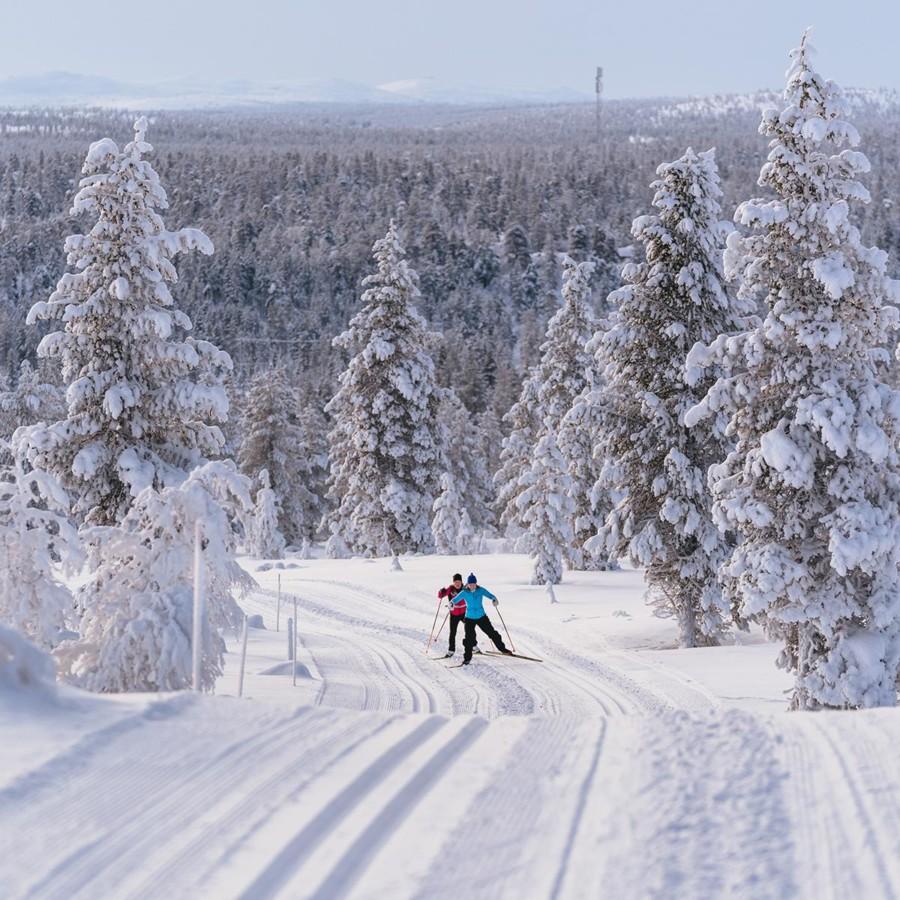 In week 51 and week 8, the following tracks will be opened

In week 51, the following slopes will be opened:

In week 8, the following tracks will be opened:

Phased closing of the skiing tracks in spring