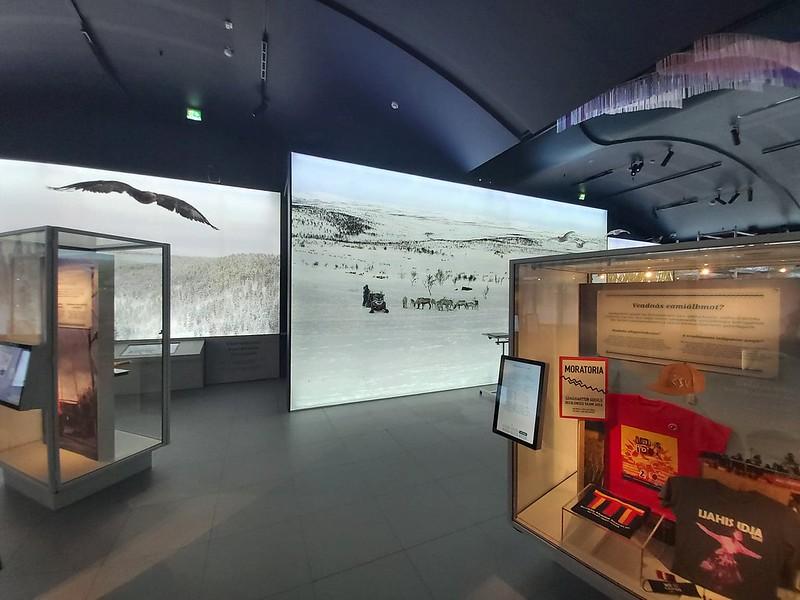 Sámi Museum & North Lapland Nature Centre Siida opened its doors right at the beginning of June and has been serving guests in its new form ever since. So what has changed compared to before?

as an answer, one could subtly say that almost everything. However, let’s start from the front door.

In Siida, the reform has been done so that the traces of the past can be seen by everyone. The ticket sales area and the museum shop have taken a new shape, but blend in perfectly with the building’s architecture. Look down at the floor and you can see the border and shape of the previous service desk. They have been preserved on purpose and are part of the building and its history. Compared to before, there seems to be at least twice as much space, and the Nature Centre side is now completely separated from the museum side. Restaurant Sarrit has moved from the upper floor of the building to new premises downstairs and there is a direct connection to the restaurant from the lobby. The changing exhibition downstairs has turned into a cozy space with colorful sofas and armchairs, and coat racks, lockers and toilets can also be found in the space.

On the way up the ramp, several place names are written on the wall and at the top of the ramp you can find Matti Morottaja’s wonderful poem “These lands are our children”. Siida’s main exhibition bears the same name. You can interpret the name of the exhibition to mean that nature has always taken care of us and now it’s our turn to take care of it as we take care of our children. The poem and thought is powerful and moving. The poem stops and gives you something to think about just before entering the exhibitions upstairs.

Upstairs, there is a changing exhibition of the premises of the former restaurant, and there, too, you can see from the floor where the border of the restaurant’s kitchen wall used to be. Behind a closed door in the other direction, there is also a changing exhibition. On the opposite side of the corridor, the exhibition space has objects from past times and wonderfully combined areas of geography in the form of a video presentation and the cultural tradition of the new generation reflected on the canvas of the scale model of the laavu. You can spend at least an hour in this room, because otherwise a large part of the incredible story of our region will remain unread.

Next, it’s time to head to the main exhibit, which has undergone quite a makeover! From the door, you could glimpse the corridor leading to the different exhibition spaces when crossing the exhibition. In the main exhibition, you don’t immediately know where to draw your eyes first, because it is absolutely incredible. Huge pictures from different seasons surround the exhibition and they are incredibly accurate in their depth of field. It’s not worth staring at big pictures from a close but rather from a far. The ceiling has different colored silk scarf fringes as a work of art and the exhibition is full of history about language and culture. In the main exhibition, nature and culture are ingeniously combined, while previously they were quite separate from each other. Although the exhibition has brought out the wonderful clothes, art and culture of the Sámi people, it points out grievances that can still be learned from. It is also important to see how the traditions that were disappearing have now been revived by the younger generations and how the young people have returned to their roots. There are also familiar ones in the main exhibition, the bear and the wolverine with their cubs are still in the exhibition in their new locations.

After the main exhibition, it’s good to take a lunch break, as the time has flown by admiring and internalizing the renewed exhibitions. Restaurant Sarrit’s lunch is guaranteed to fill your stomach for a tour of the outdoor museum. You should set aside at least 45 minutes for the outdoor museum, so that you will definitely have time to get to know all the buildings and, for example, the deer pit and its history.

At the end of the day, you might grab a piece of jewelry, a book, a dress, or something else from the museum shop that will remind you of your visit or give someone else an idea to visit Siida during their own trip, after having something from northernmost Lapland as a gift. 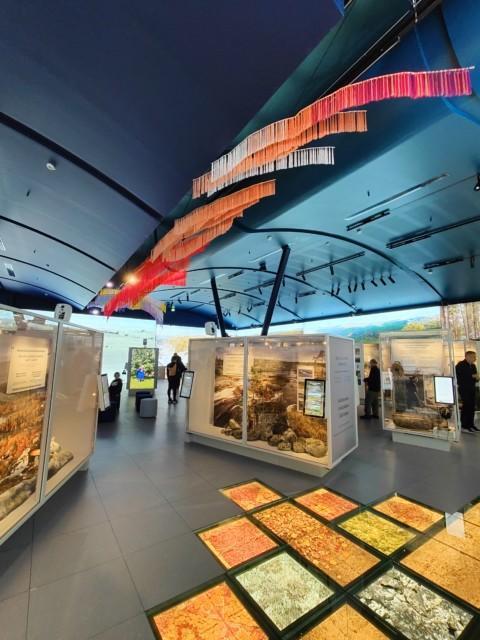 A day of culture in Inari