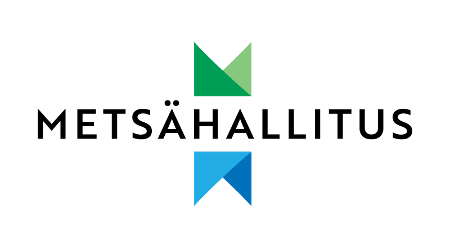 This nicely rolling trail circles around the fell, through the old-growth forests of Luosto and climbs Lampivaara, thus making for a high-speed descent back to the starting point.
Skating, Classic
moderate
Distance 17.2 km
Duration4:30 h
Ascent206 m
Descent206 m
Highest point363 m
Lowest point267 m
The Ukko-Luosto Circle Trail takes cross-country skiers through a 400-year-old forest, around the foot of a majestic fell and even offers the possibility of enjoying a lovely coffee break. The track passes over varied terrain, rolling nicely through an old-growth pine forest. Even though the climb up Lampivaara might get the blood pumping, the reward is a breezy, long coast downhill to Luosto. The historic, off-grid Ski Café Torvisen Maja, will adds its own flavour to your ski outing. Another marvellous, wilderness rest stop, Ukko-Laavu, where you'll also find a Lapp kota hut. This rest stop offers a beautiful view from the forest to the sheer, treeless slope of Ukko-Luosto. At Lampivaara, you'll be able to stop for a doughnut and coffee or even visit the neighbouring Amethyst Mine. The track reaches its highest point at Lampivaara, where you'll have fabulous views of the landscape from the treeless sections of the fell trail.

Don’t miss out on the delicacies of the café and take your wallet with you!

In most cases, the track is skied counterclockwise, but if you ski it clockwise, the section heading north from Lampivaara to the Ukko-Laavu lean-to has been given a black difficulty rating, as the descent is steep and winding. For more information, visit the Hiking in Finland section: https://www.nationalparks.fi/en_GB/hikinginfinland

The route can be skied in both directions, but most often counterclockwise, starting from Luostonportti. At the beginning, the route goes slightly uphill into the gorge between Ukko-Luosto and Keski-Luosto, past Tikkalaavu lean-in shelter. A short downhill section leads past the Luostonloma parking lot towards the atmospheric Torvisen Maja, which is the oldest café in the area and still without electricity. The trail continues from the west side of Ukko-Luosto. As you approach Ukko-Laavu lean-in shelter, you can already see the rugged, treeless nature. Ukko-Laavu has an amazing view of the fell. Then the route continues only in small hill sections until the ascent of Lampivaara. Lampivaara has a lean-in shelter and a café. There it is also possible to visit the amethyst mine. The final route back to Luosto flows nicely downhill. The route is a clear ski track that is marked with white symbols for hikers / skiers on short wooden poles. There are signs at the intersections.

The route difficulty is moderate due to the differences in altitude. It has steep slopes, rapid curves, and long sections uphill. The route is not recommended for beginners. The skier must have good cross-country skiing skills for this route.

all notes on protected areas

The starting point Luostonportti can be reached by driving 500 meters uphill towards the ski slopes from Lapland Hotel Luostotunturi in Luosto village. Before the slopes the street goes under a bridge, and after you will see the Luostonportti starting point on the left. There is a parking lot at the starting point. An alternative starting point is the Ukko-Luosto parking area which can be found when turning on Ukko-Luostontie slightly less than 2 km from Luosto when driving towards Pyhä. See Pyhä-Luosto National Park directions and maps.

There is a parking lot at the starting point.

Cross-country skis must be used when skiing on the ski track. Have provisions with you, as well as warm clothing, matches, toilet paper, a map, and a mobile phone. Also bring a wallet with you if you plan to visit the Lampivaara Café. Only skiing is allowed on the ski track: running, snowshoeing or winter cycling is prohibited.

Lampivaara Amethyst Mine is a unique attraction in Lapland. The sustainable mine uses no big machines for digging and none of the rich deposit is ...

These suggestions were created automatically.

Would you like to the ask the author a question?