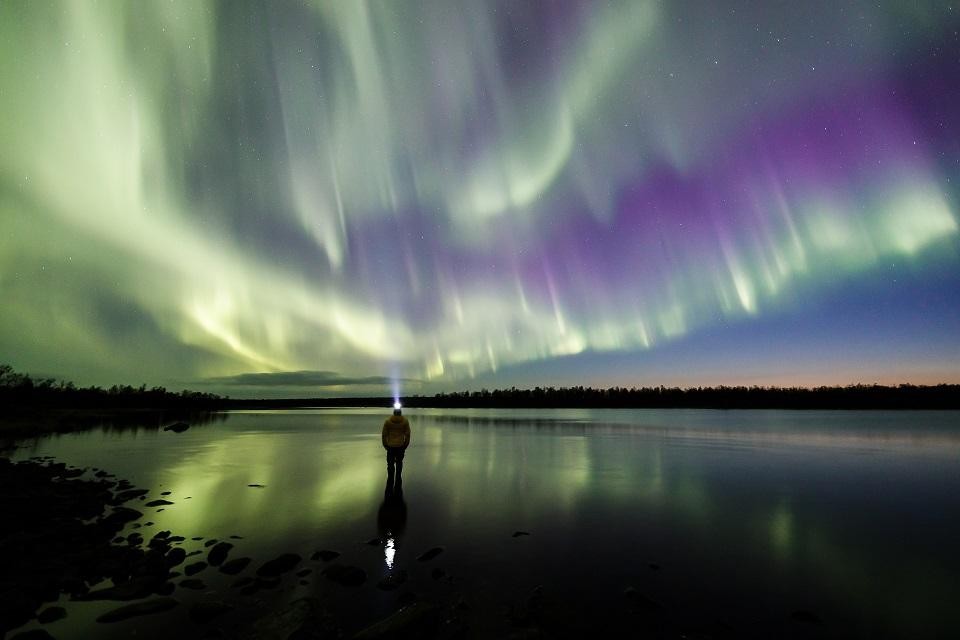 The Aurora Borealis, also known as the Northern Lights, is one of nature’s most wonderful phenomena. The Northern Lights occur in late autumn, all winter and early spring all around the Arctic regions. In Lapland, the two northernmost municipalities of Inari and Utsjoki are amongst the best places on earth to witness the Aurora.

The landscapes change fast and drastically throughout the year in northern Finnish Lapland. Autumn is the time when the nights start to be dark enough to observe the Northern Lights after a long summer of midnight sun. The temperatures are not that cold yet and the lakes and rivers remain open. On a windless night, the water surface can be very calm and look like a mirror. This is the best time to observe and photograph the Aurora and reflections on the lakes.

Then comes winter, when the landscapes turn white and the nights become very long. At the depth of winter during the polar night, the Northern Lights can even be visible in the middle of the afternoon at 4 PM. The temperatures plummet sometimes down to -40°C so good clothing is essential. The safari guides will make sure that you are well dressed.

Finally, in early spring, the landscapes are still frozen and snowy but the days become longer and the transition between day and night lasts for a couple of hours. This gives you some chances to observe the Aurora during the blue hour, which is a show in itself.

The sun activity evolves with cycles of 11 years, with peaks and dips in the intensity of the solar wind. In the years of lower activity, the southernmost regions of the Arctic are suffering from less frequent Auroras. This is not the case of Inari and Utsjoki! These two municipalities are so far north, between 250 and 400 kilometres north of the Arctic Circle, that the slightest disturbance in solar wind sparks nice Auroras that can be visible well above the horizon.

As always, the Aurora remains unpredictable, so it is a good idea to keep watching the sky as long as possible!

Where to do Aurora hunting

You need to find a place that is dark enough, without light pollution from the village or resort where you are staying, to have the best Aurora viewing. The safari guides know the best places for this and will guide you according to the weather forecast. In the Inari area, you will probably watch the Aurora from a frozen lake. Further north in Utsjoki, it will most probably be from the shore of the Teno River or in the fells, where people are even more scarce. 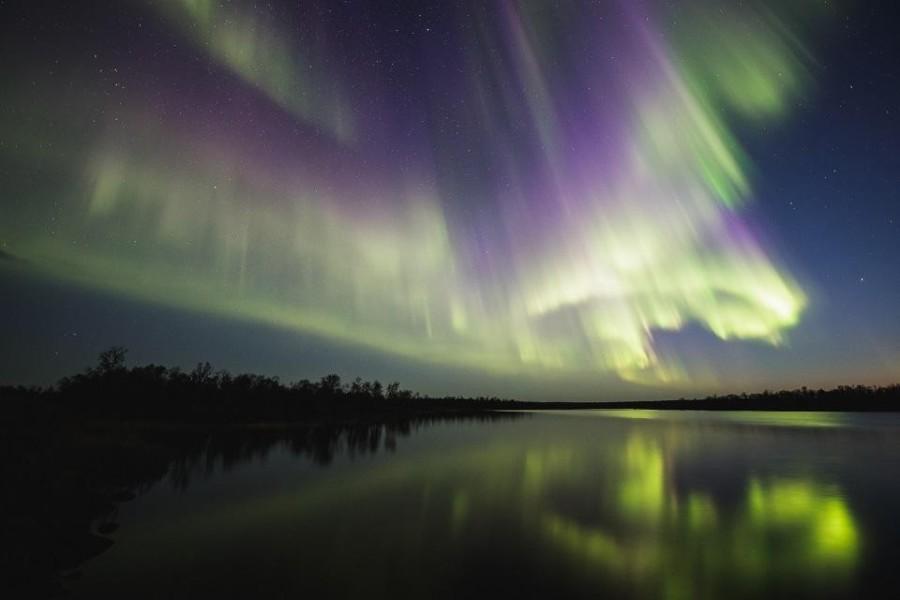 Rayann Elzein is a French award-winning arctic photographer who has lost his heart to Inari region and to Northern Lights.

Find out more blog posts, photography workshops and tutorials from his blog!