Chasing the Northern Lights in Lapland 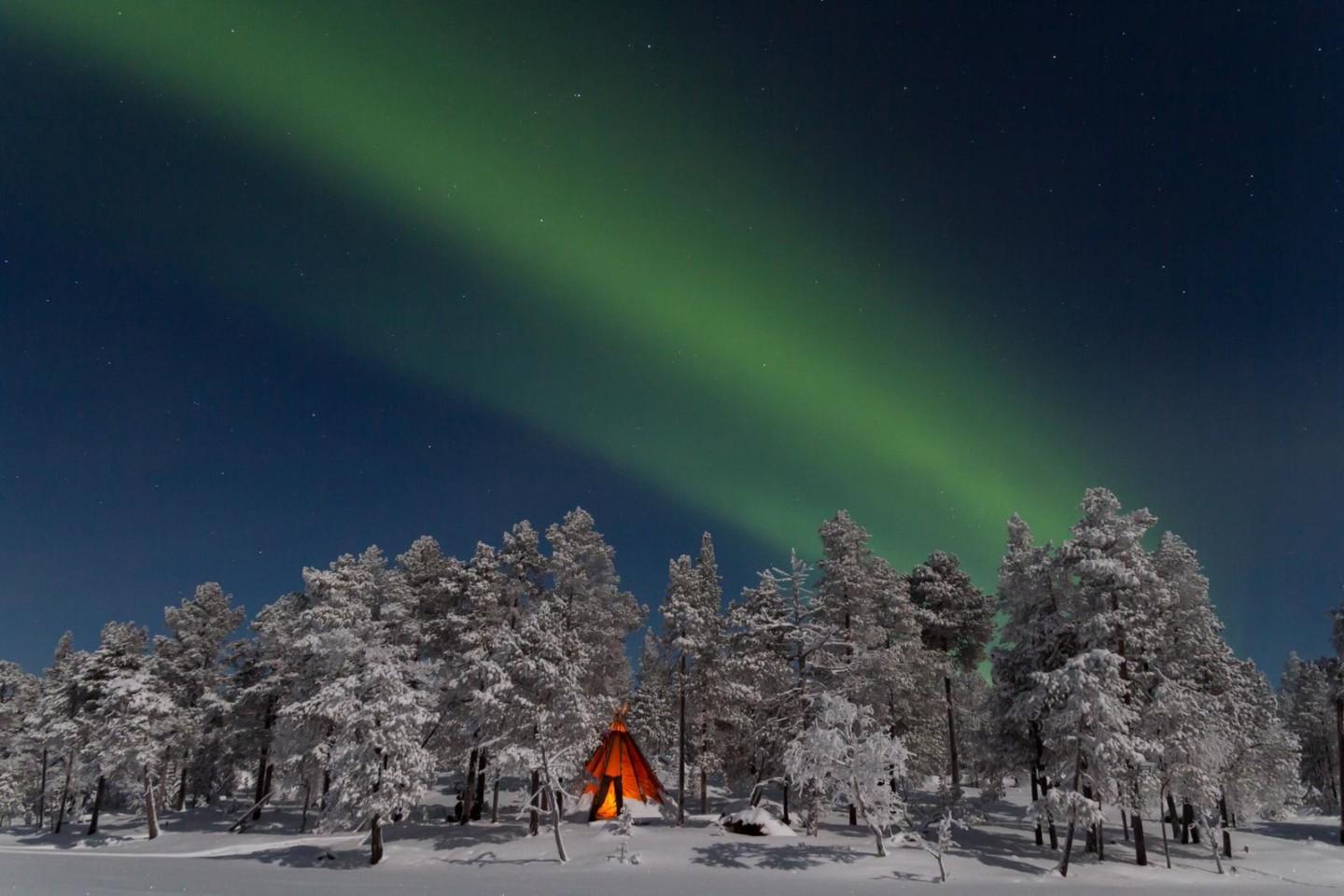 Seeing the Northern Lights in Lapland is rather easy because of the northern location. This typical phenomenon of the polar region occurs when the particles accelerated by the magnetic field of the Earth collide with airborne particles. The occurrence of the Northern Lights is dependent on the activity of the sun, which varies in cycles of about 11 years.

The explosion of colours across the sky delights visitors from autumn until late winter. During the northern light season, it is possible to see the lights almost every clear evening. The lights can be seen when it is dark enough and when the sky is clear. On average, Northern Lights can be seen in northernmost Lapland up to 200 nights a year between September and April.

The Aurora Borealis appears under a huge doughnut-shaped ring called aurora oval. The aurora oval is centred on earth’s magnetic north pole. Without getting too much into the science, this means that if you travel to a location right under the “doughnut”, you maximise your chances to see the northern lights. Also when the sun’s activity is low, it is possible to see the lights. Inari-Saariselkä is located at 68°50’N. That is 265 km (165 mi) north of the Arctic Circle. This positions the area right under the ring, almost guaranteeing to see some northern lights on a clear night.

There are many places in the world that are located under the Aurora ring but only few of them are inhabited and accessible. Despite being located so far north of the Arctic Circle, Inari-Saariselkä offers a full range of services – comfortable hotels, excellent restaurants and safari companies.

Best way to see the northern lights is to join a northern light tour. There are many different ways to enjoy the hunt. With a bit of luck, you will enjoy the lights as well!

Join the aurora tour by car, reindeer sledge, snowshoes or snowmobile. From Saariselkä to Nuorgam there are many service providers who organize these tours. During the trips, you will get a lot of information and tips on photographing the dancers of the sky.

Read more about the northern lights