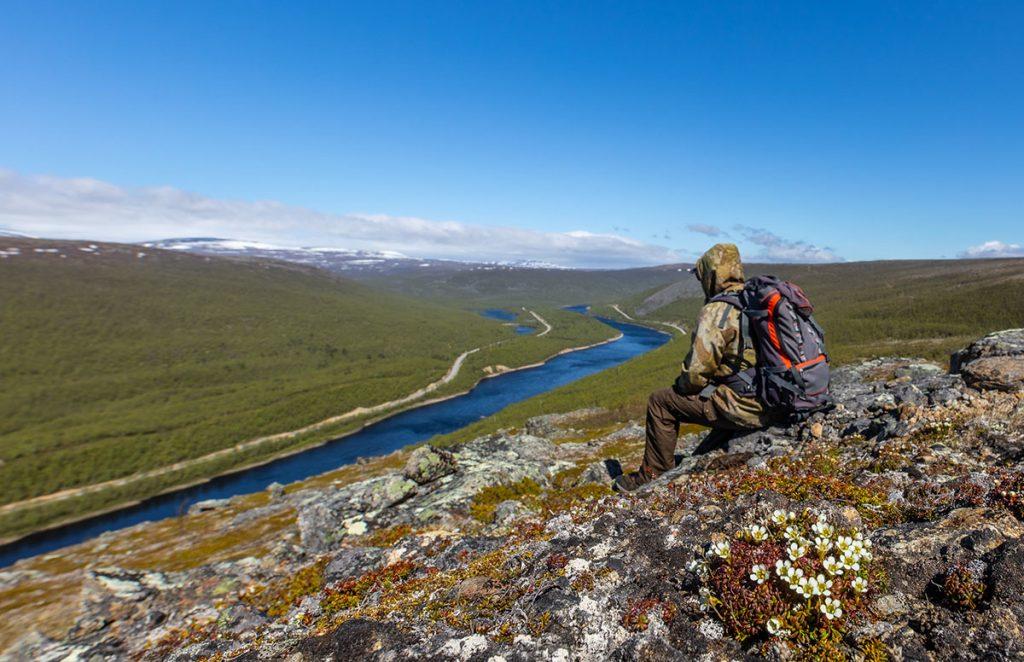 River Teno, one of the greatest streams in Sámi people’s homeland, is over 200 km long. River begins at Karigasniemi village and ends at the rocky landscape of Teno Fjord in Norway. There the River flows into the Arctic Ocean. Teno is the border river between Norway and Finland, and Teno units Sámi people living on both shores.

Northern nature wakes up into great spectacle in the spring, when the ice cover of river Teno breaks up with great power. Spring is followed by bright summer. When the salmon returns to spawn in the river, life is sparkling everywhere. Then the days get shorter, nature is calming down during the colourful autumn. Boats used for salmon fishing are stored for the next summer. In the midst of the winter, only the moon and the northern lights shed light to the cold twilight of the polar night.

The photographs taken by Pertti Turunen from Ivalo exhibit the River Teno, the best salmon river in Europe, its seasons and people living along this great river.